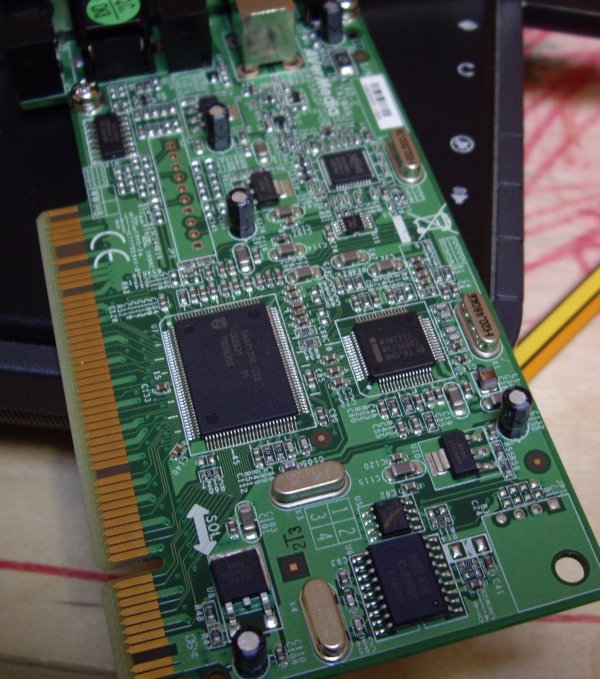 Looking on the card we can find:

Googlin' around it seem to me that Xceive XC3018 and 3028 are more than similar.

Also it seem that the card is quite similar to the Cardbus version (E506R).

Analogue TV seems to work already, but without [audio].

Remote can be enabled as well: see remote controller section in this wiki.

As for the (E506R) there's some experimental code in

A16D Definition has been added to the above v4l-dvb-kernel tree by Markus, so please jump to the [install] section!!

As stated in this thread create /etc/modprobe.d/saa7134 containing:

Remember that things don't work if you load saa7134 before xc3028-tuner.

Install firmware for the XC3028 as reported for the em2880

Firmware ver.3 and 4 worked with my card.

trying to let FM to work, you will get an error as reported by Damir:

Radio's firmware is called by xc3028-tuner module, but it is not actually provided with the above firmware installation.

I did some testing trying to extract firmware from windows drivers, but with no luck.

Modules will also get loaded automatically at boot time.

Thanks Damir, I was adviced:

I will investigate the above, but until now I'm not able to have TV audio nor FM from speakers! :-( Help's wellcome!!

cool so audio also works with it! FM needs an extra firmware which isn't implemented for your device so you won't have any luck with it.

Thanks to SunnyBUG, the autor of the original article "CARDBUS Hybrid TV FM (E506R)" from which most of this was taken.

You can find the translated Italian version Here