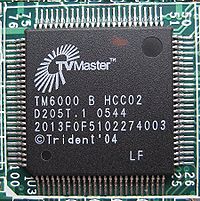 There is evidently some detailed chipset documentation available now as well as source code to another driver implementation [1].