Memory Mod refers to upgrading a, so called, "full-featured" DVB card equipped with 2MByte SDRAM to 4MByte of SDRAM by means of placing another memory chip over an existing chip. The idea for this modification was introduced by Oliver Endriss.

"Full-featured" DVB cards are equipped with a 2 MByte SDRAM chip. Using the Linux DVB drivers, OSD memory space is limited to approx. 80 KBytes. Therefore, it is not possible to have a full-screen, 256 color OSD when using VDR. However, the onboard AV7110/7111 MPEG-2 Decoder used by these cards is able to handle/address two 2MByte SDRAM chips. Doubling the amount of addressable memory onboard these cards would effectively resolve the limitation outlined above and, hence, users could gain a full-screen 256 color OSD in VDR. Additionally there would be more space for the video buffers. Given the obvious benefit, why not add the second one? 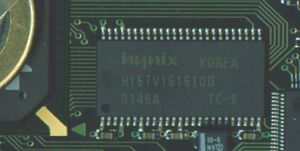 Fig.1. The AV7110 and SDRAM chips before modification

The chip select for the second SDRAM chip is not available on the card's pcb itself, so the AV7110 processor and the memory chip have to be modified.

In Fig.1 at the side of the page, you can see both chips as they are found on the card prior to any modification; with the AV7110 processor on the left and the, completely visible, 2MByte SDRAM memory chip on the right. The area conveyed in the image is roughly equivalent to that of the face of a 1EURO coin.

The modification process is outlined as follows:

Note: It is also highly recommended that you review the information provided by Oliver before proceeding 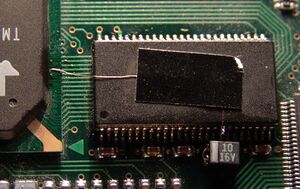 Fig.2. The AV7110 and SDRAM chips after the completed modifications to the board

After these steps, a completed modification should look similar to the results shown in Fig.2. If all went well, and provided that a Firmware cognizant of the additional memory is made available to the card during system boot/startup, the processor should be able to use the full 4Mbytes now residing onboard the card.

This list may be imcomplete. The AV71x needs 3.3Volt IO-Ports, therefore a 3.3Volt SDRAM in TSOPII packaging is needed. Some of that chips are on old graphics boards.

DVB driver with 4MB support and Firmware 261c or newer.